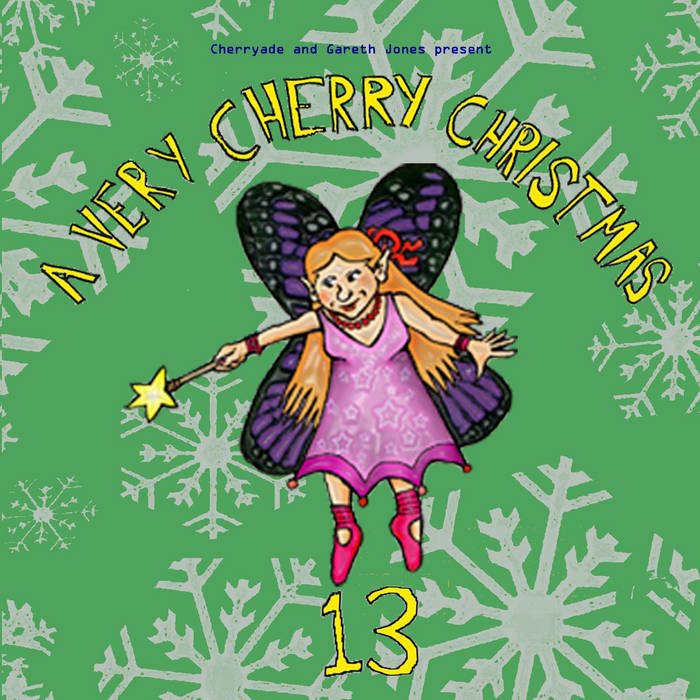 As the most wonderful and magical time of the year approaches it can mean only one thing, Cherryade Records and Gareth Jones are delighted to present:

Thirteen is turning out to be a very lucky number for 'A Very Cherry Christmas' as this year's musical stocking is stuffed with 25 Christmas crackers from some of the most exciting acts around including The Flatmates, Lach, Goddammit Jeremiah, MJ Hibbett, Panic Pocket, The Sunbathers and many more.

The first edition of 'A Very Cherry Christmas' was released in 2005 and, since then, it has played host to hundreds of magical festive tunes from dozens of the world's greatest artists. We love putting the compilations together and we are thrilled that so many fellow Christmas music fans seem to enjoy the albums as much as we do!

Many fans of 'A Very Cherry Christmas' have been kind enough to say that Christmas wouldn't be quite the same without it and we love the thought of our compilations providing a soundtrack to your seasonal celebrations!

We are often asked if it is possible to buy previous volumes of 'A Very Cherry Christmas', but, unfortunately, most of the previous editions have been long sold-out. However, we do have limited stock of a few previous volumes, all of which are available on our Bandcamp page.

Hope you have a very Cherry Christmas!

P.S. Gareth also compiled a Christmas album and EP way back in 2001-2002 for the Bath UK label Purr Records. Those long out of print CDs are now available as a free download at purrrecords.bandcamp.com/releases

Cherryade Records, run by Rachael Neiman, was described by Radio 1's Huw Stephens in The Independent as 'the most indie label in Europe.The label originally released the first two albums by The Lovely Eggs, plus put out records and CDs by cult indiepop bands like the Bobby McGee's and Fever Fever. These days the label focuses on its annual Christmas compilation series; A Very Cherry Christmas. ... more

Bandcamp Daily  your guide to the world of Bandcamp