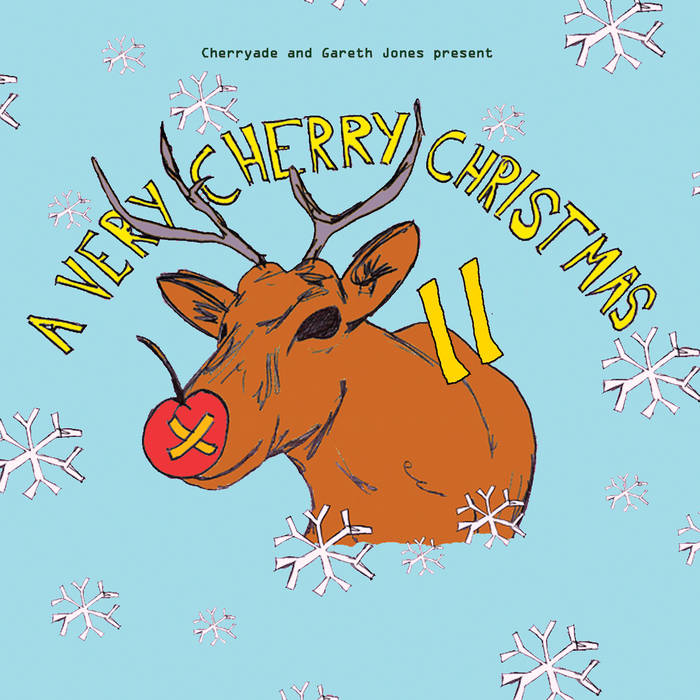 Andy Brown Bloody brilliant Xmas compilation from the label that brought us The Lovely Eggs. My current favourites include the garage-rock belter ‘You Ruined Christmas’ by Nervous Twitch, ‘Your Turkey Doesn’t Taste Right’ by Glasgow’s The Just Joans and the future seasonal standard, ‘Don’t Be a Dick at Christmas’ by Niagara Balls. Essential indie Christmassy shenanigans. Favorite track: Niagara Balls (feat Matt Moskal) - Don't Be A Dick At Christmas.

When Cherryade Records released the first volume of 'A Very Cherry Christmas' back in 2005, they had not even envisioned there being one sequel, let alone another ten volumes!

Rachael and her husband Adam put the first compilation together entirely for their own delectation; she adores Christmas and Christmas music and the idea of getting some of her favourite bands to record Christmas songs was extremely appealing!

The result of the first tentative foray into the Christmas compilation was a thirteen-track CD featuring the likes of Das Wanderlust, Steveless and Misty's Big Adventure. It came as a pleasant surprise to discover that so many other people apparently loved it as much as Rachael and Adam did and that there were so many fans of good quality Christmas music out there!

The success of A Very Cherry Christmas led to its sequel the following year and, before long, the idea of not releasing a Cherryade Christmas compilation was unimaginable!

Since volume 9, Rachael has enlisted help in compiling the series by fellow Christmas music enthusiast Gareth Jones. Gareth owns hundreds of Indie/Alternative Christmas albums and singles. He also produces an annual Indie Christmas podcast (at www.podomatic.com/podcasts/radioradiopodcast), so he seemed like the right man for the job!

And now here were are, at volume 11! The resultant album is an astounding 21 tracks of unalloyed seasonal genius from the likes of The Just Joans, Elizabeth Morris (Allo Darlin), Nervous Twitch and many more. Huge thanks to all the bands and singers involved this year.

Missed previous volumes? Unfortunately nearly all past volumes are sold out, so please don't ask! However, we do have a limited number of copies still available of volumes 10 and 5, which you can also purchase here on bandcamp.

Have yourself a very Cherry Christmas,
Rach, Adam & Gareth xx

Cherryade Records, run by Rachael Neiman, was described by Radio 1's Huw Stephens in The Independent as 'the most indie label in Europe.The label originally released the first two albums by The Lovely Eggs, plus put out records and CDs by cult indiepop bands like the Bobby McGee's and Fever Fever. These days the label focuses on its annual Christmas compilation series; A Very Cherry Christmas. ... more

Bandcamp Daily  your guide to the world of Bandcamp